On Saturday 6th September I travelled up to Cambridge to attend my third Raspberry Jam which was held at the Institute of Astronomy.  While I was at the jam I spotted some Pi-celebs including Eben Upton, Liz Upton, Carrie Anne-Philbin and Ben Nuttall.

Peter Onion had his LED matrix display on show, it used 4  32 x 32 RGB LED panels connected together running off a Pi.  Peter had an implementation of Conway’s Game of Life and a sliding tile game which you had to re-arrange using a keypad,  both were written in C. 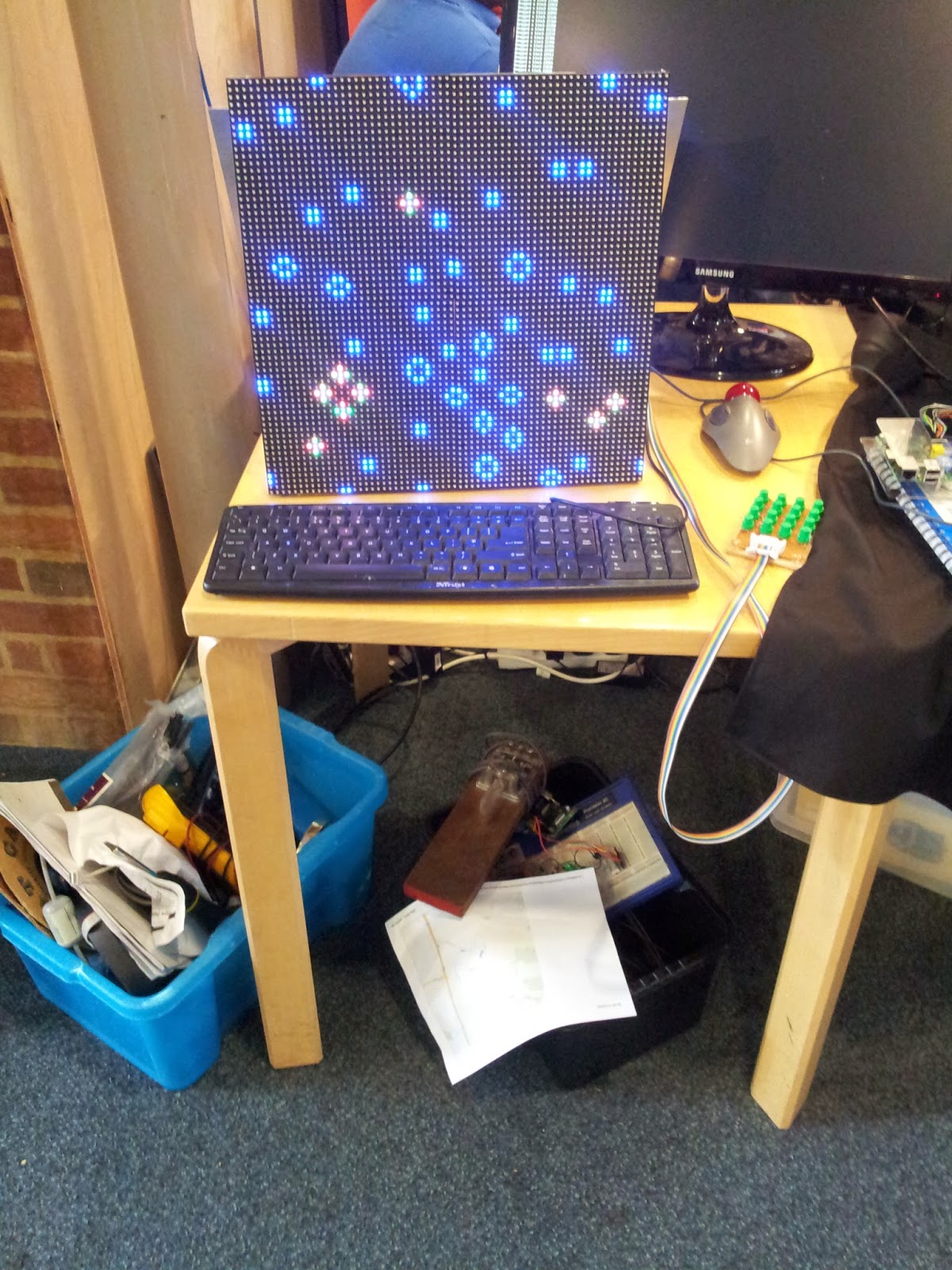 On the next stand was SK Pang Electronics who also had a 64 x 64 LED display running, they were selling the displays and other stuff.  I brought a very handy adapter PCB which allows the 32 x 32 or 16 x 32 RGB LED panels to connect to the Raspberry Pi easily.


I spoke to the guys from Ragworm who make low cost PCBs, which sounds ideal if you want one off PCB's made.  PiBorg were on the next stand, they make some cool robotics add on boards for the Raspberry Pi. 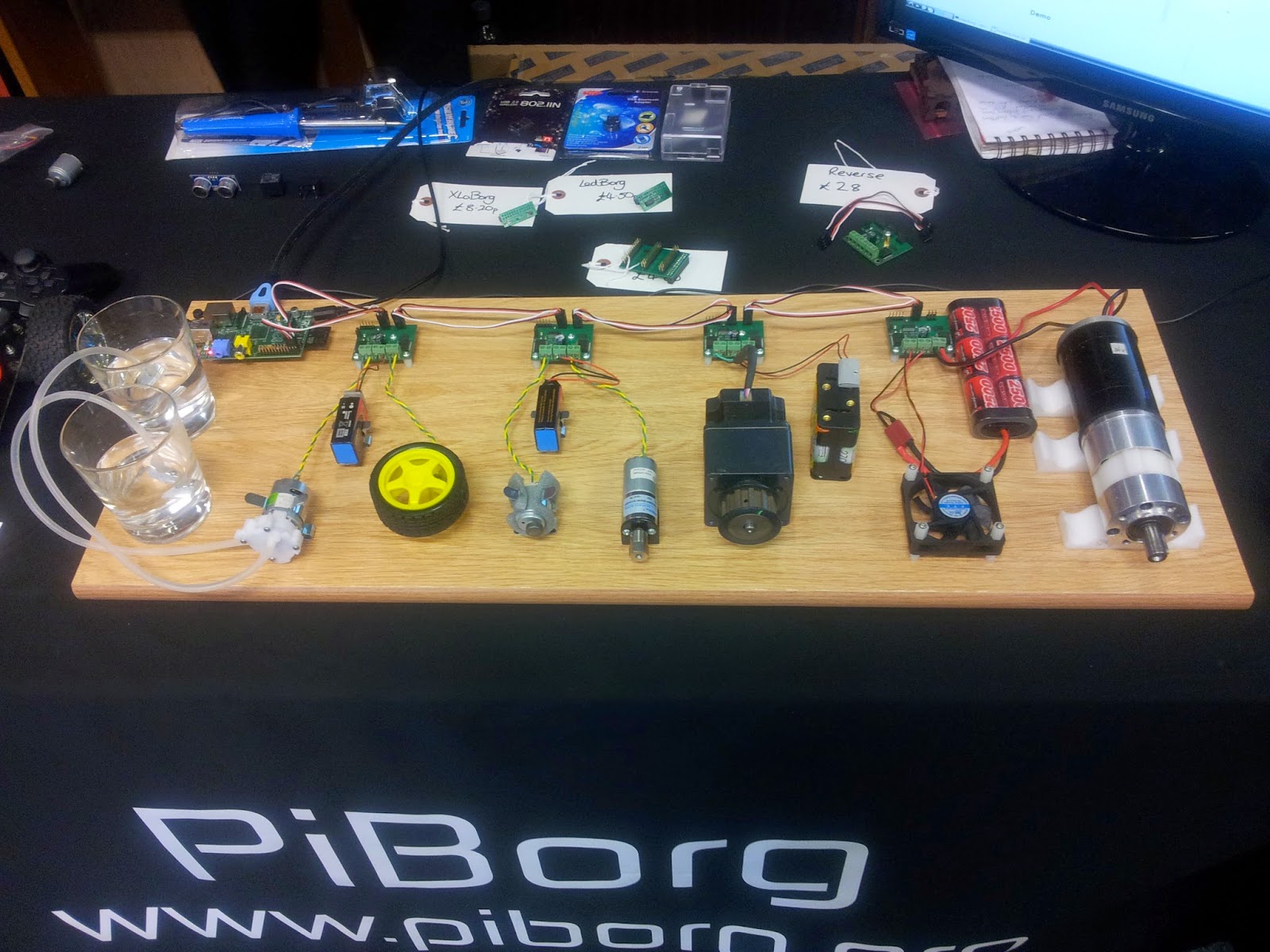 Gert van Loo had his new VGA breakout/adapter for the B+ Pi which plugged into the GPIO connector to provide a display output. 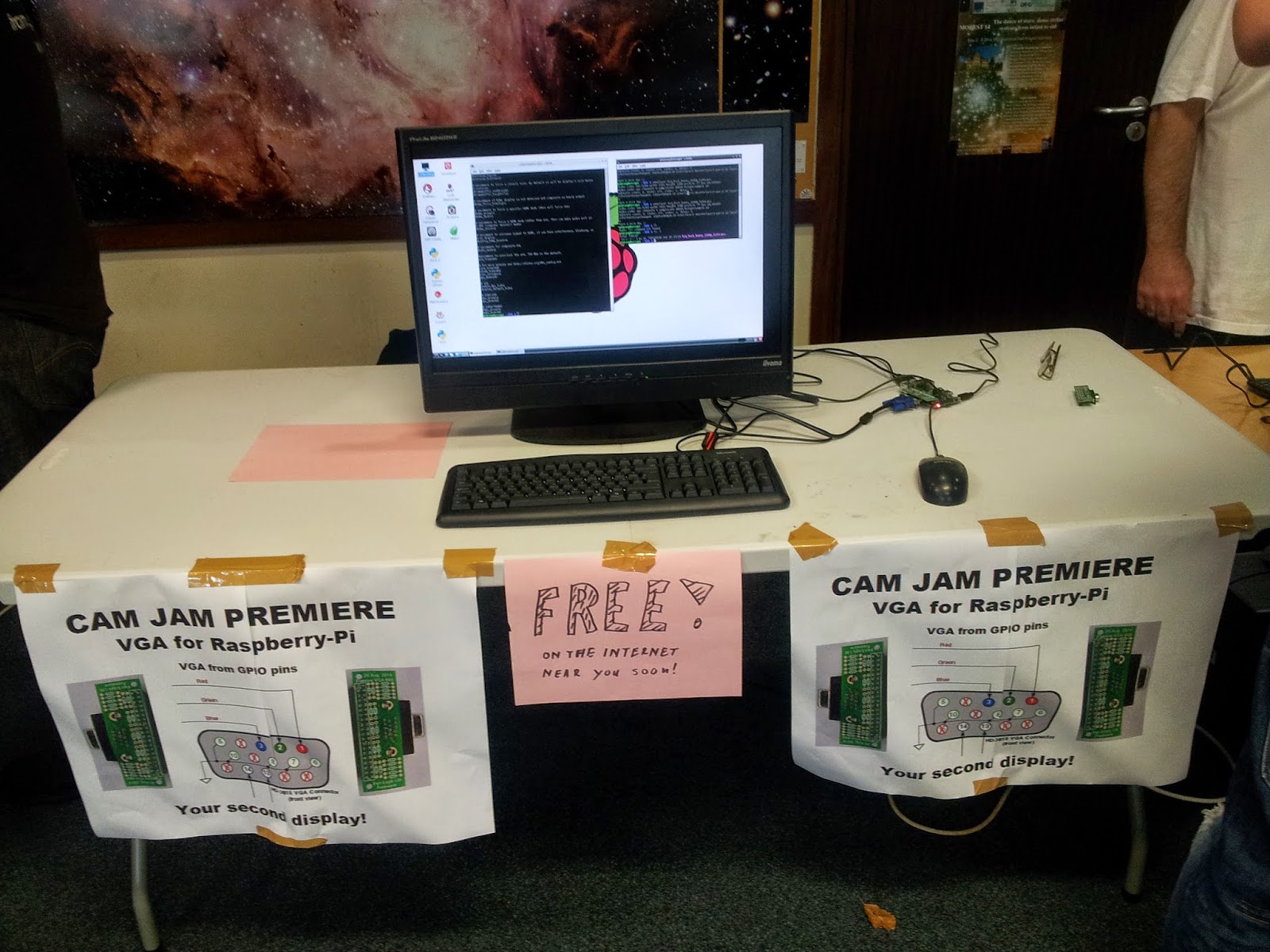 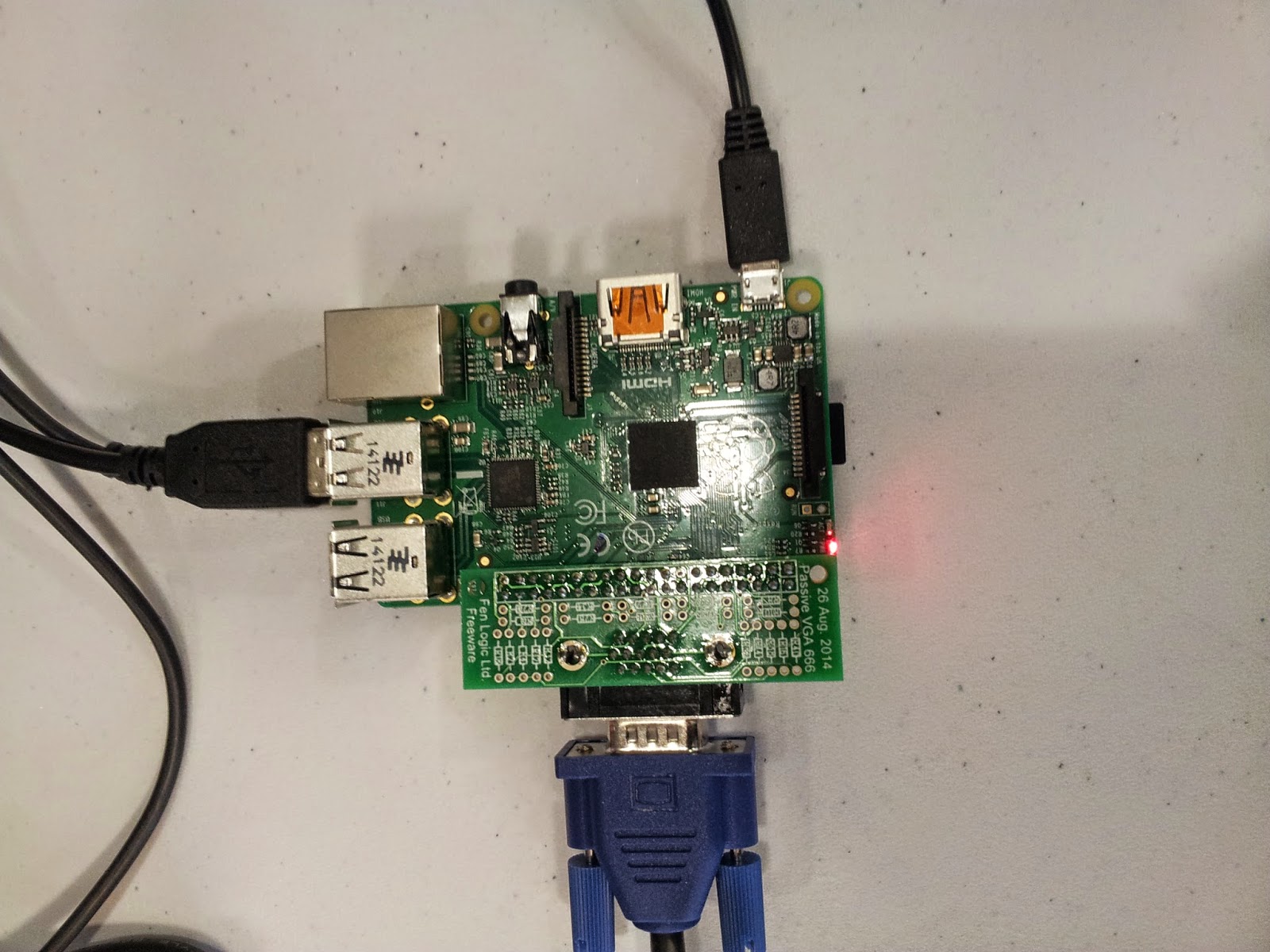 Alex Eames had his HDMIPi screen on display. 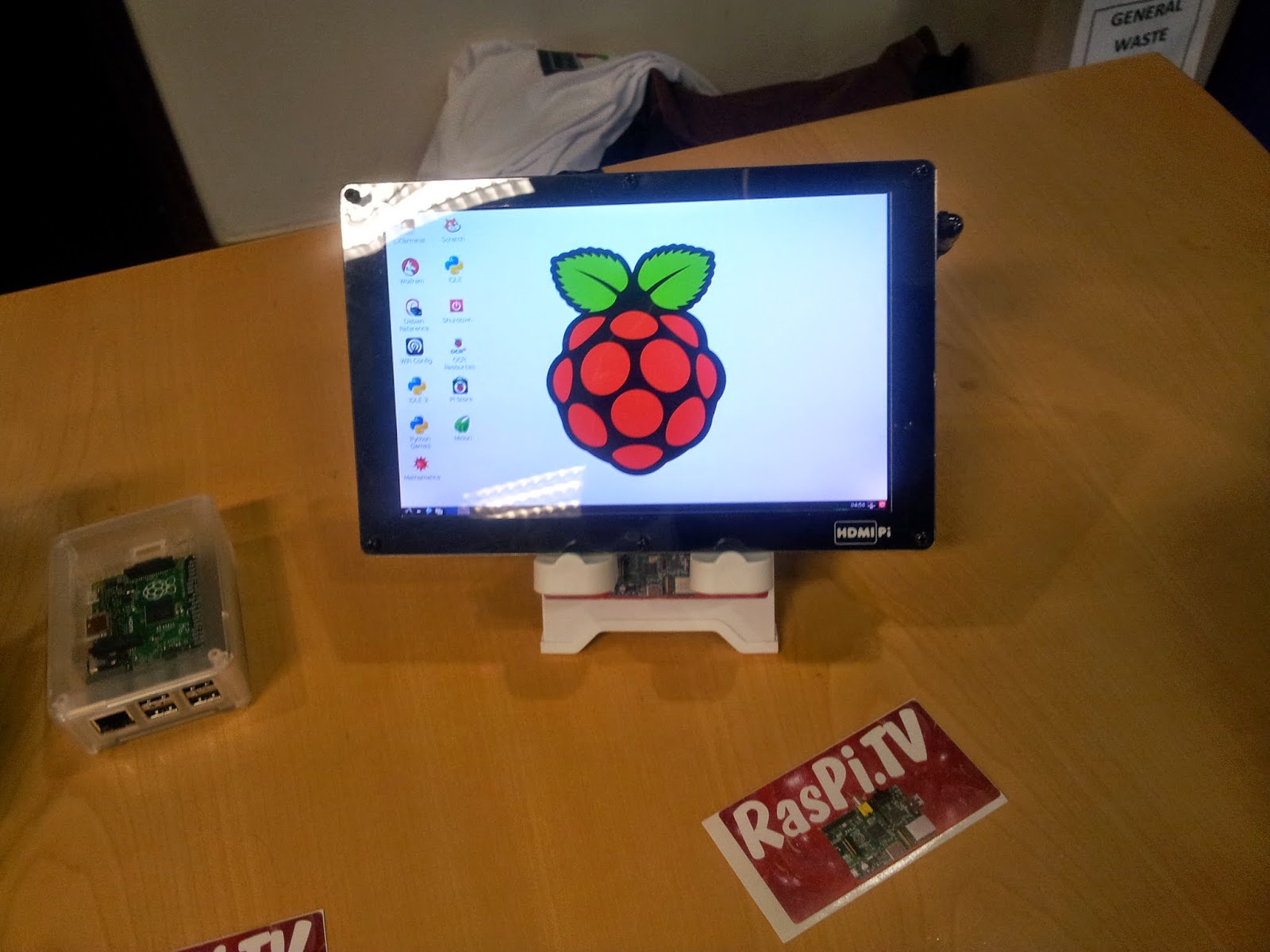 Brian Corteil had his Naughty or Nice machine on display, a interactive badge which used a small TFT and micro Arduino board and 32 x 32 LED Matrix driven by Raspberry Pi in real time showing a horse animation. 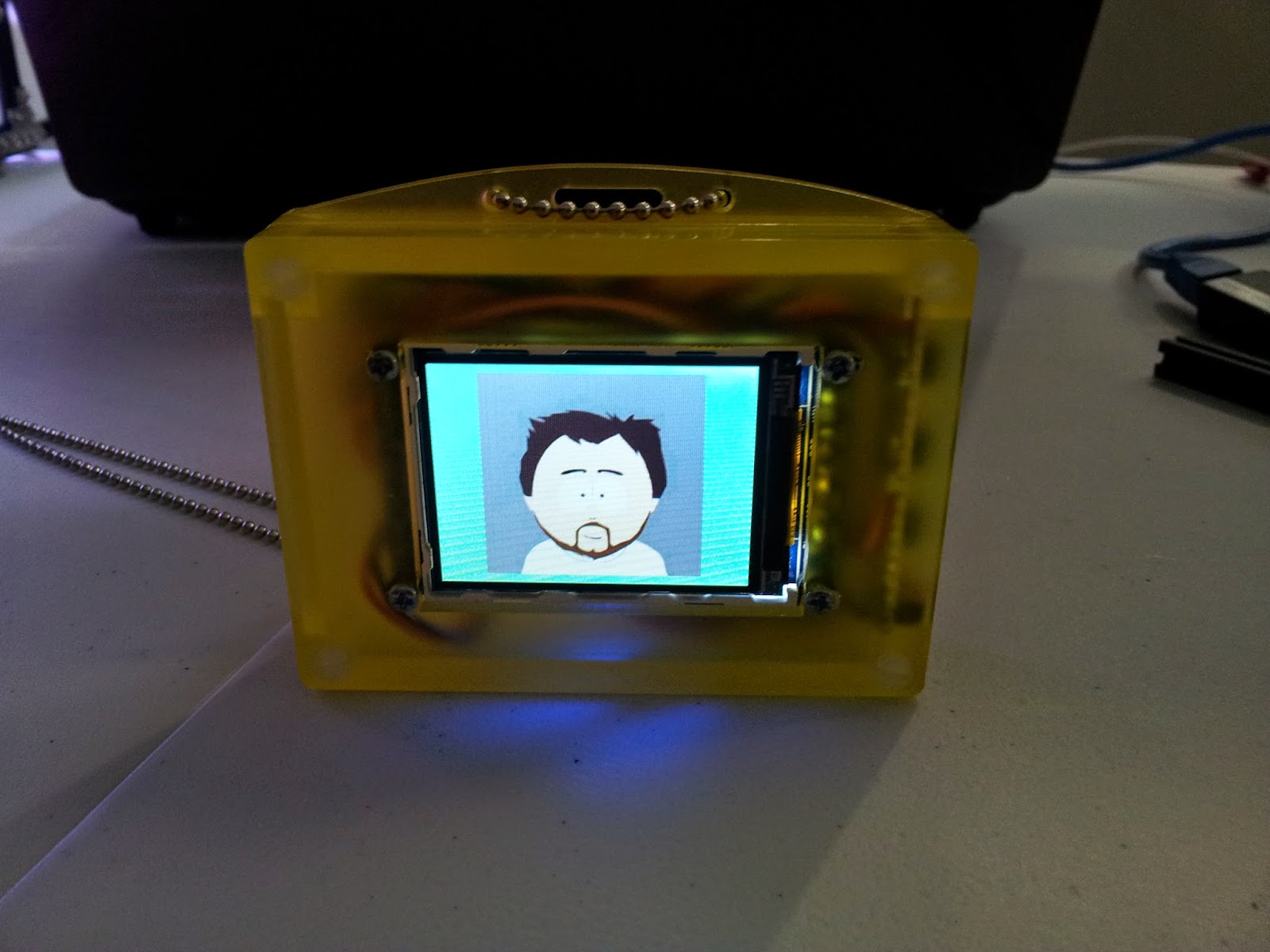 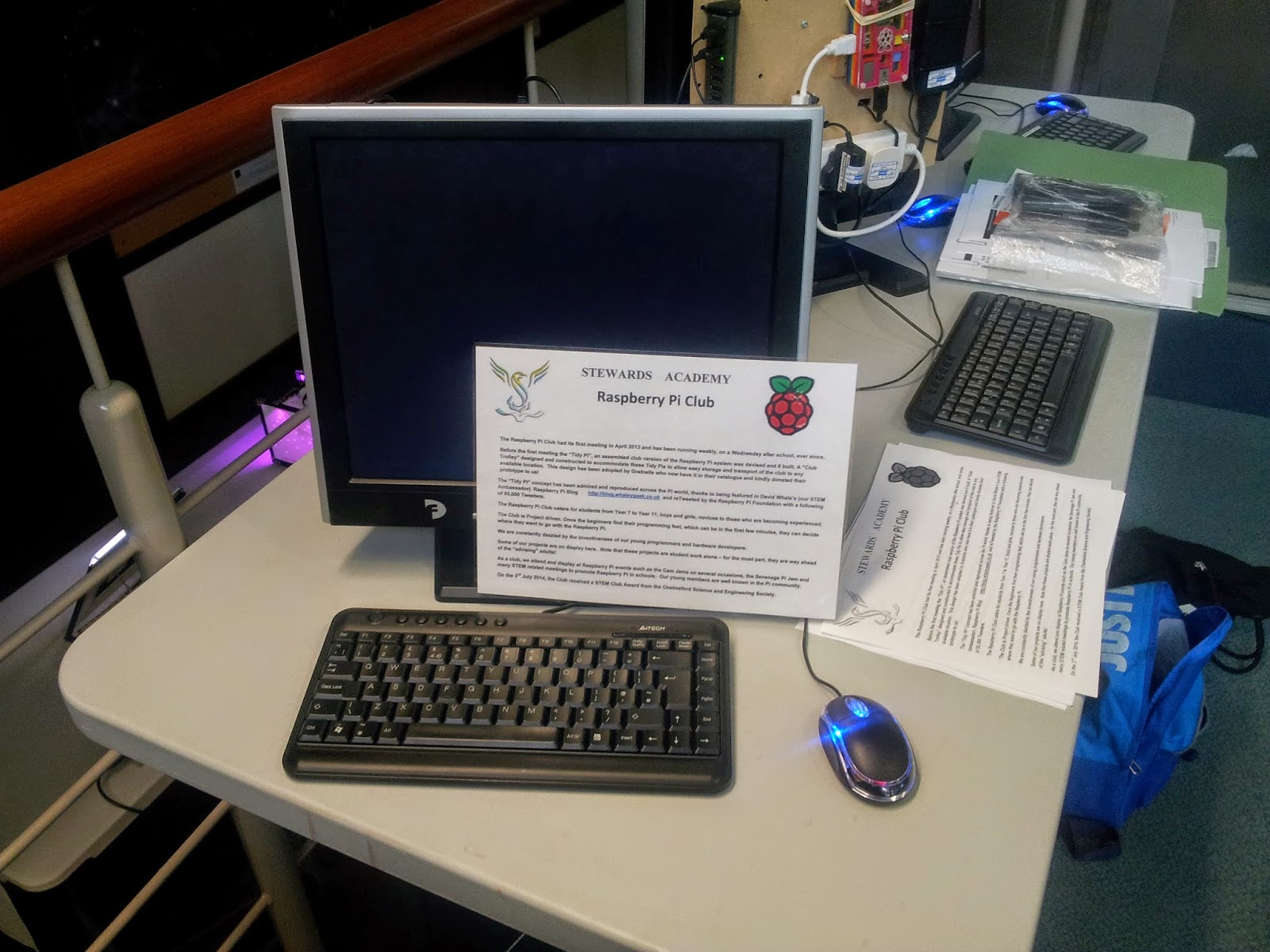 Richard Saville aka Average Man had several Pi projects on display including an analogue thumbstick with an ADC chip connected to a Pi which lit up specific LED’s depending on the thumbsticks direction, a temperature monitor display board which reads the Pi temperature every few seconds and updates the display.  There was a NeoSec 3.5” TFT touchscreen for the Raspberry Pi, PiCCTV which used a camera module, Nwazet camera case and Motionpie camera viewing software and finally an internet PiRadio. 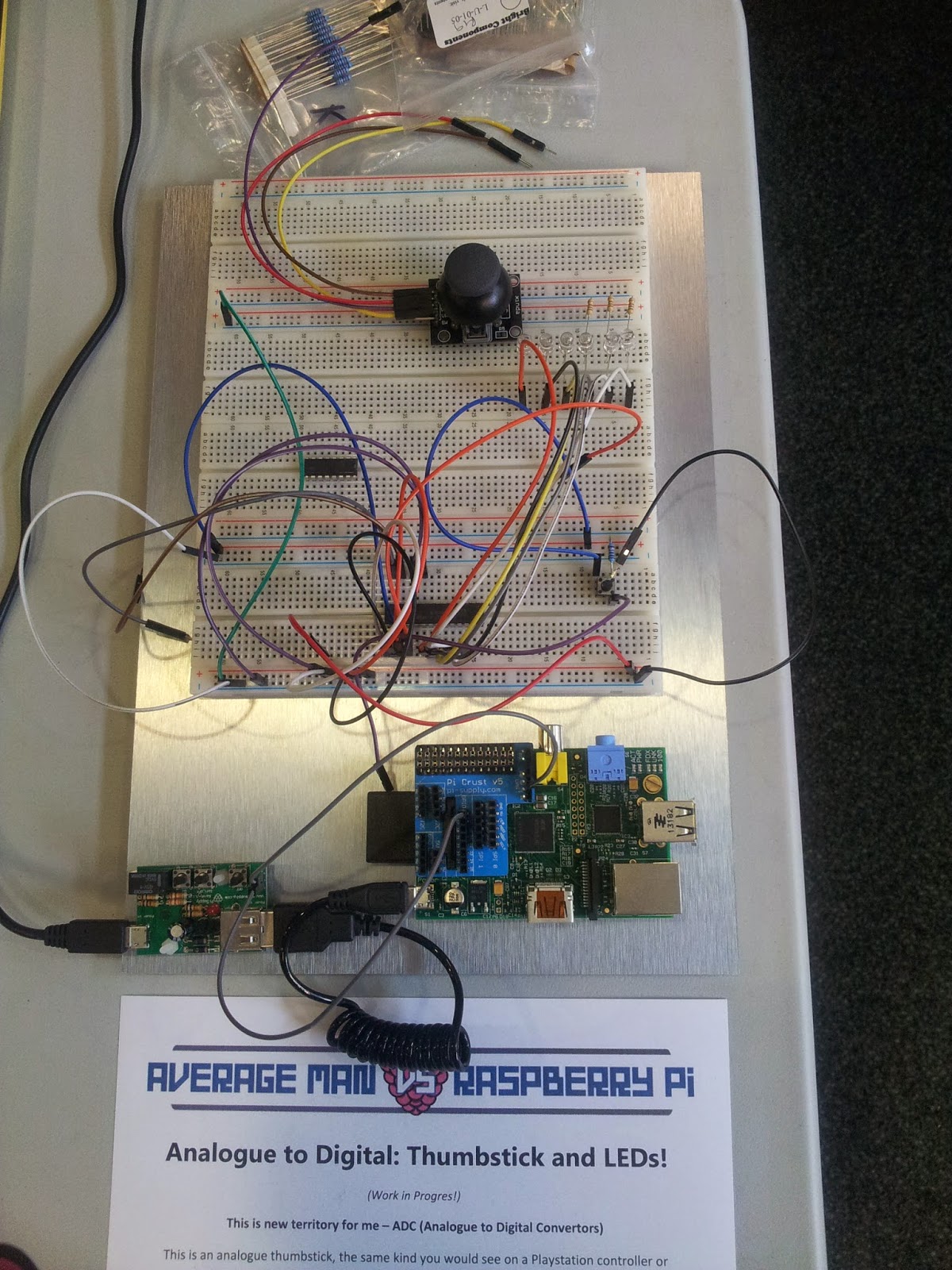 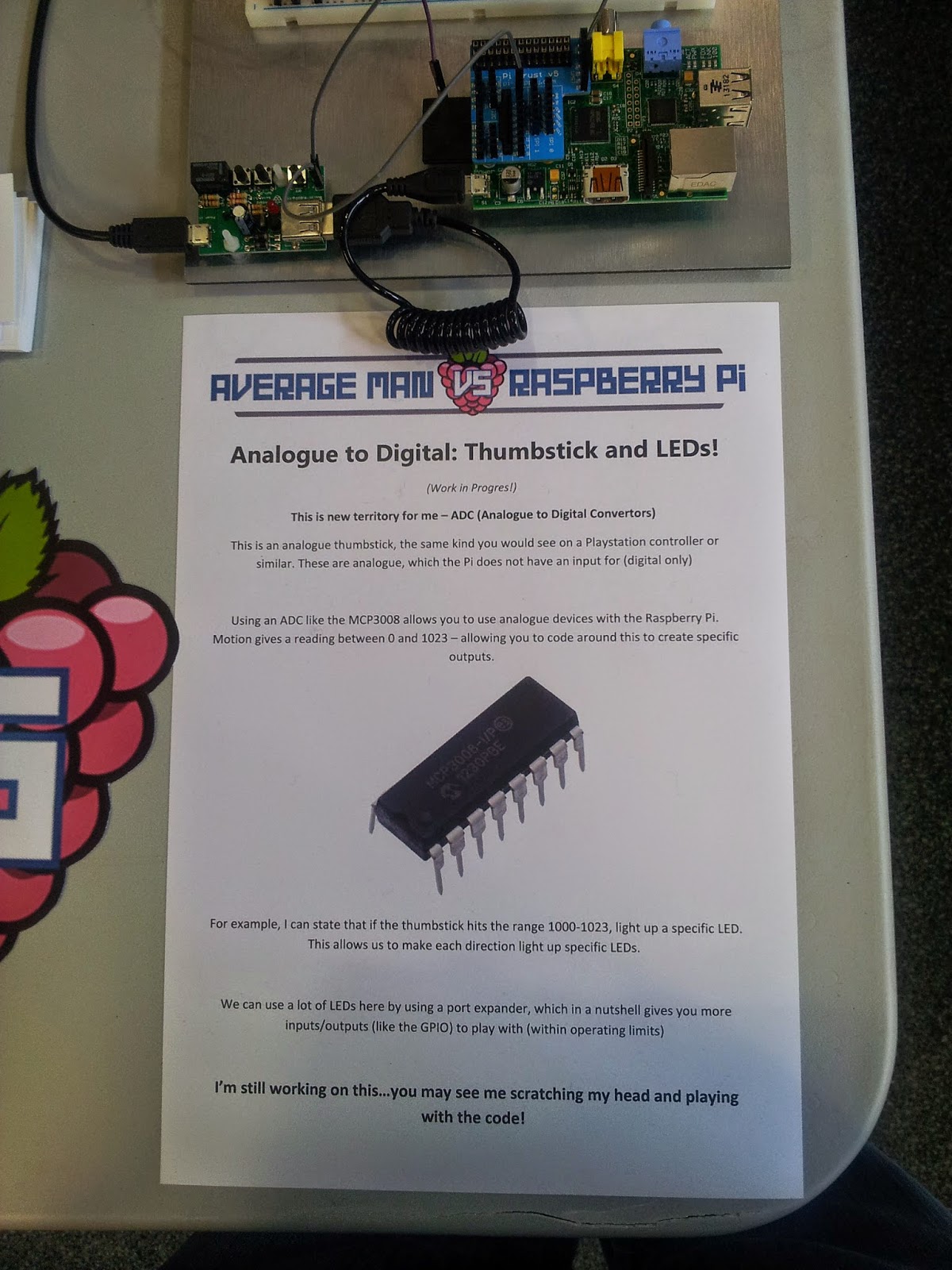 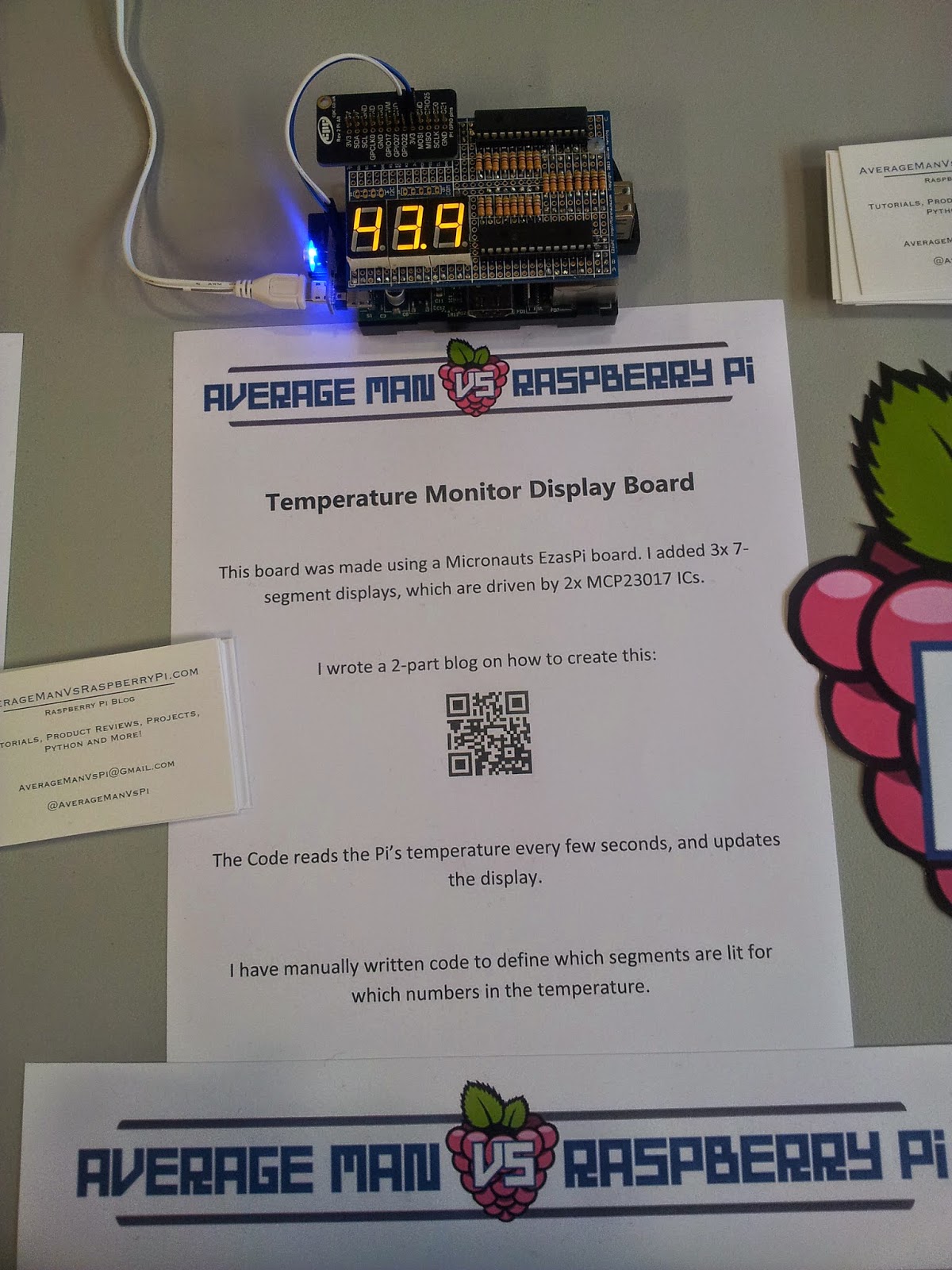 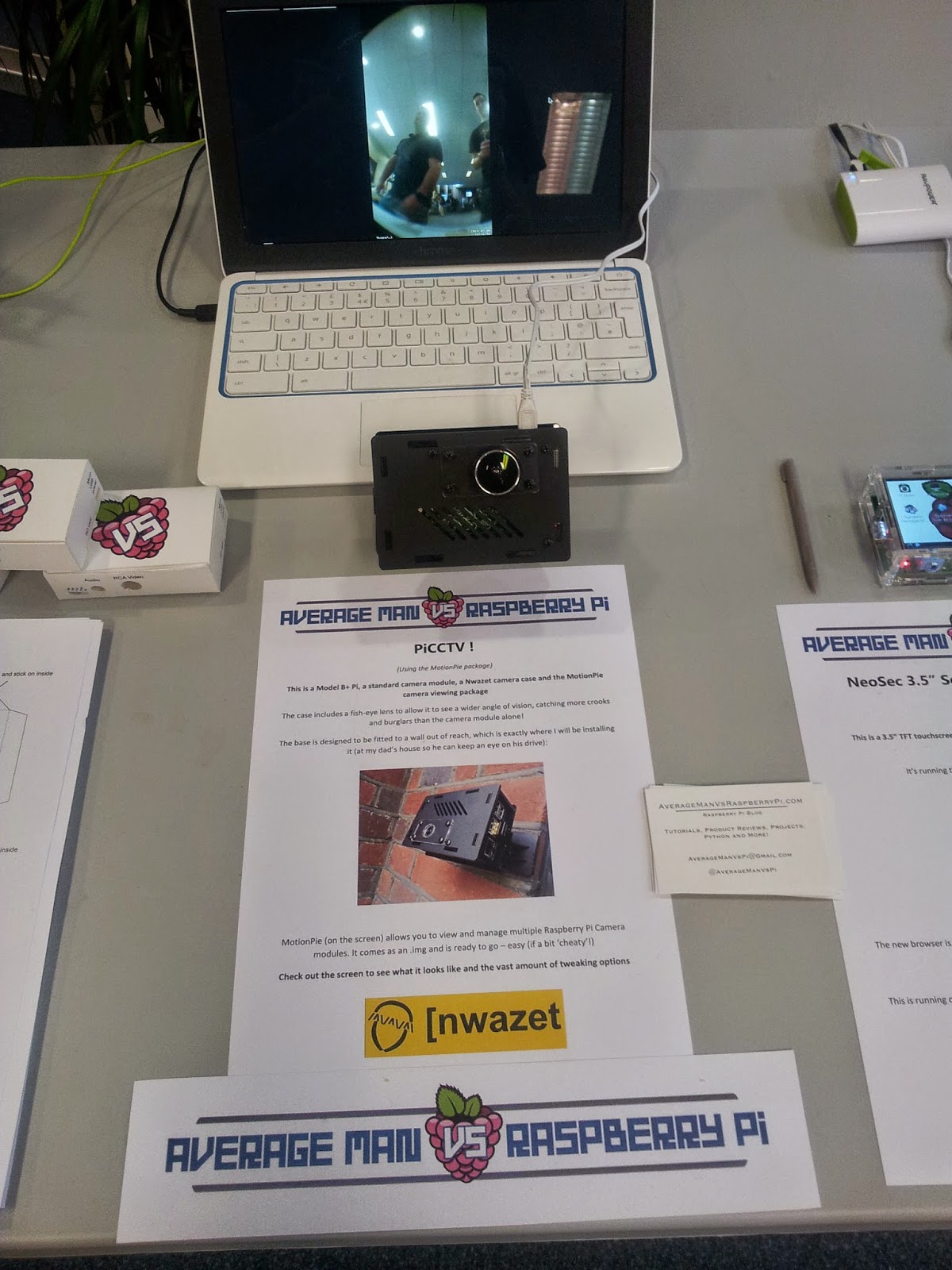 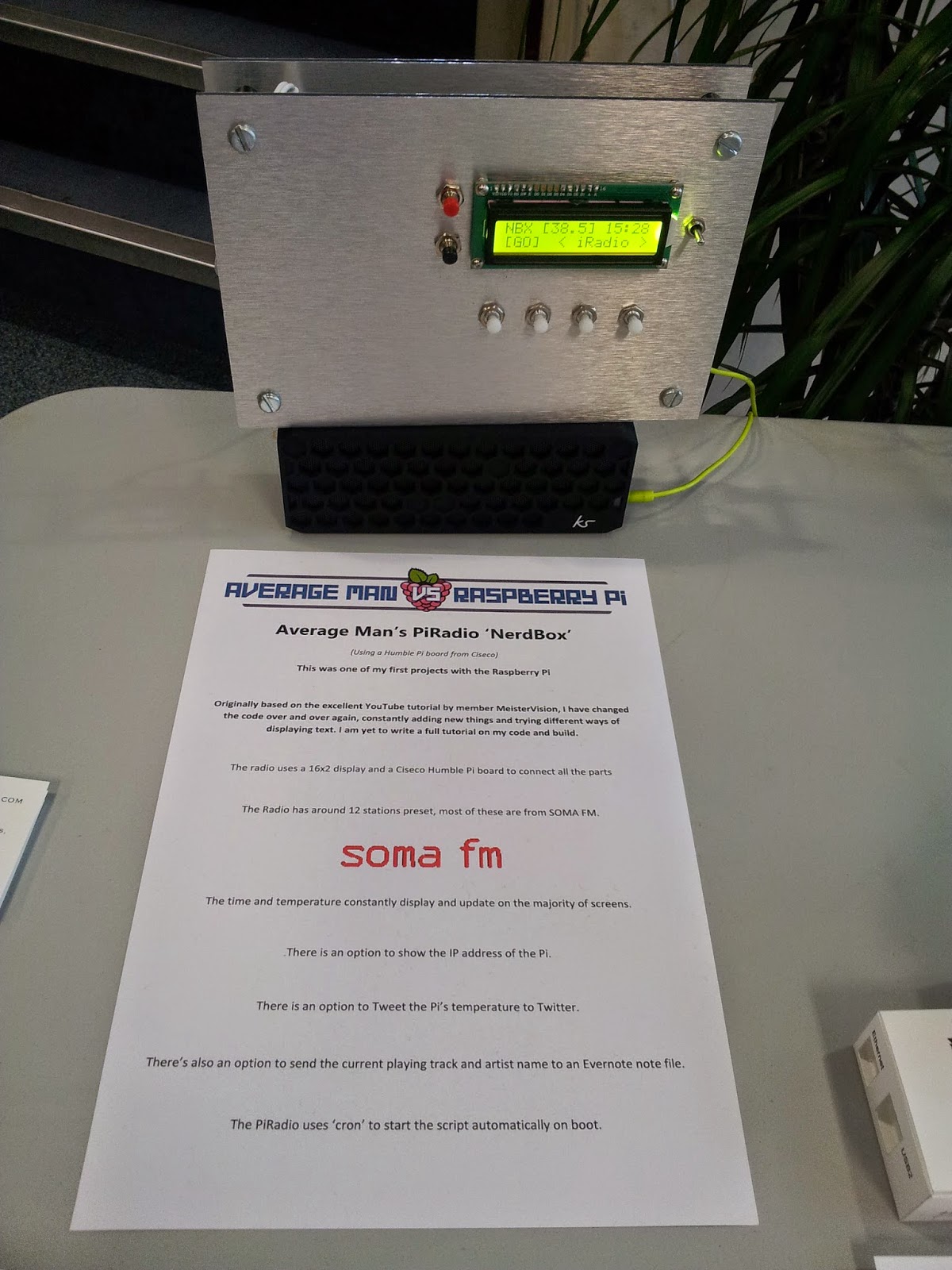 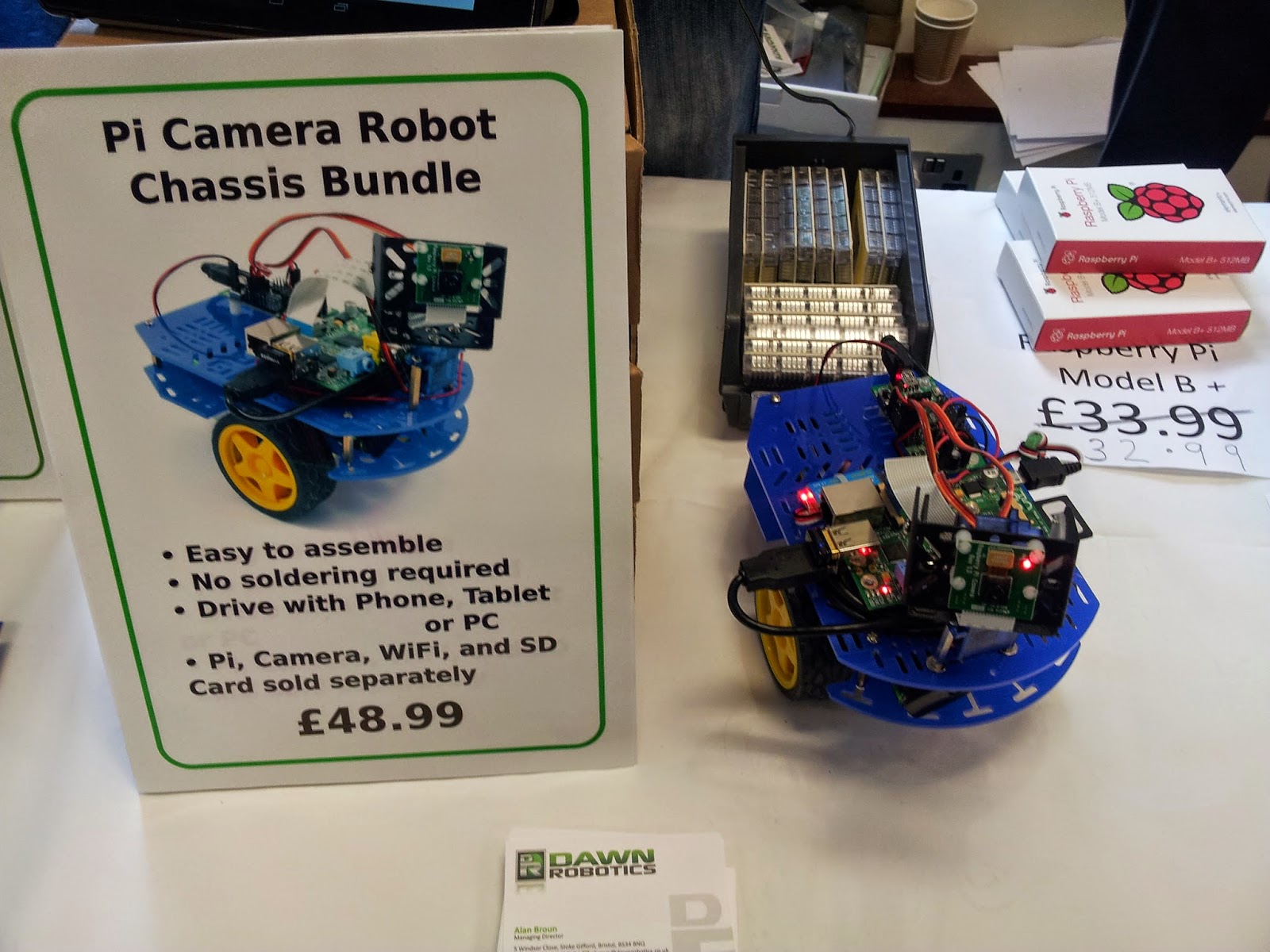 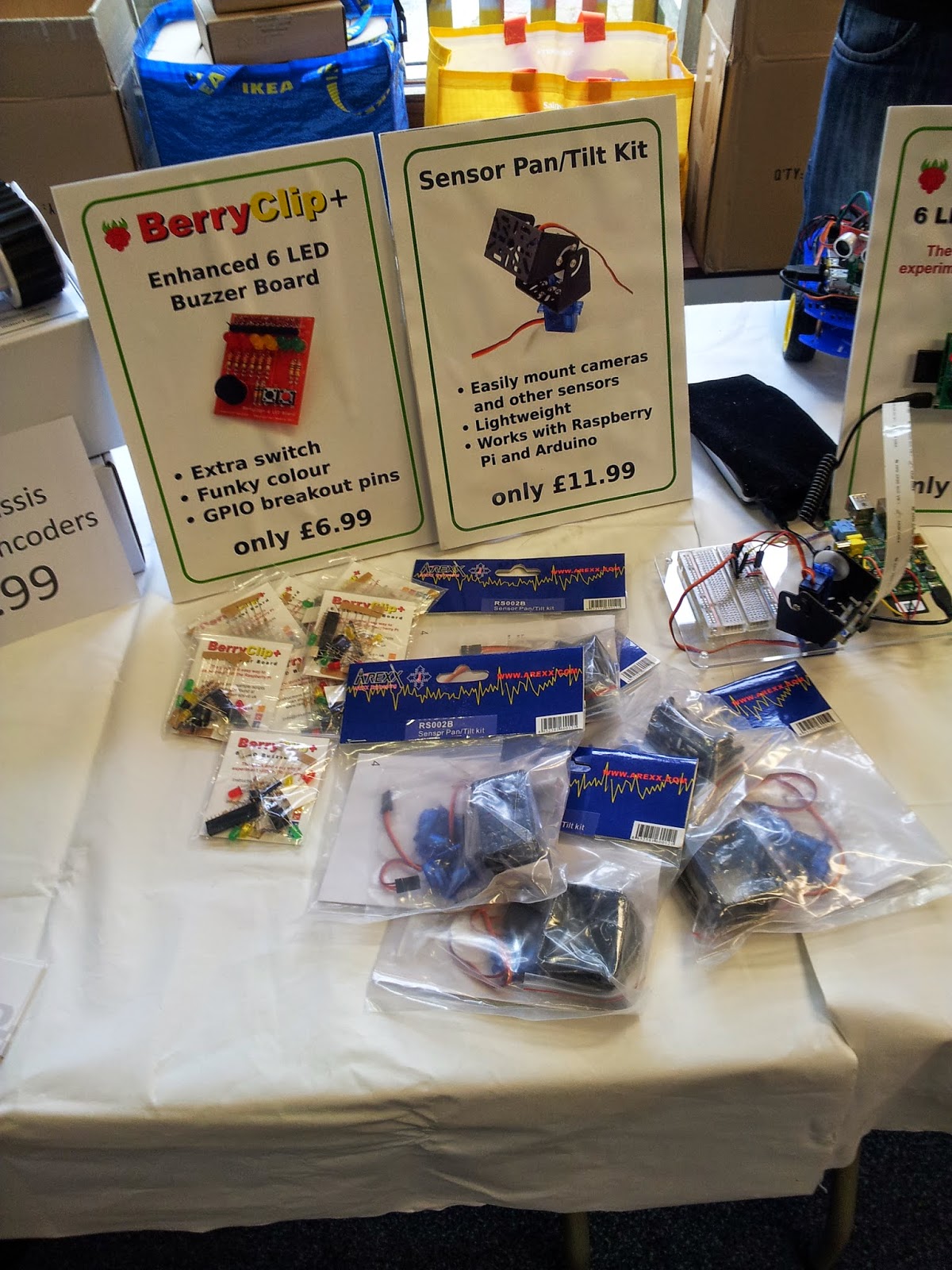 I spoke to Steve Bloye from The Little British Robotics Company who had some robotics stuff on display. 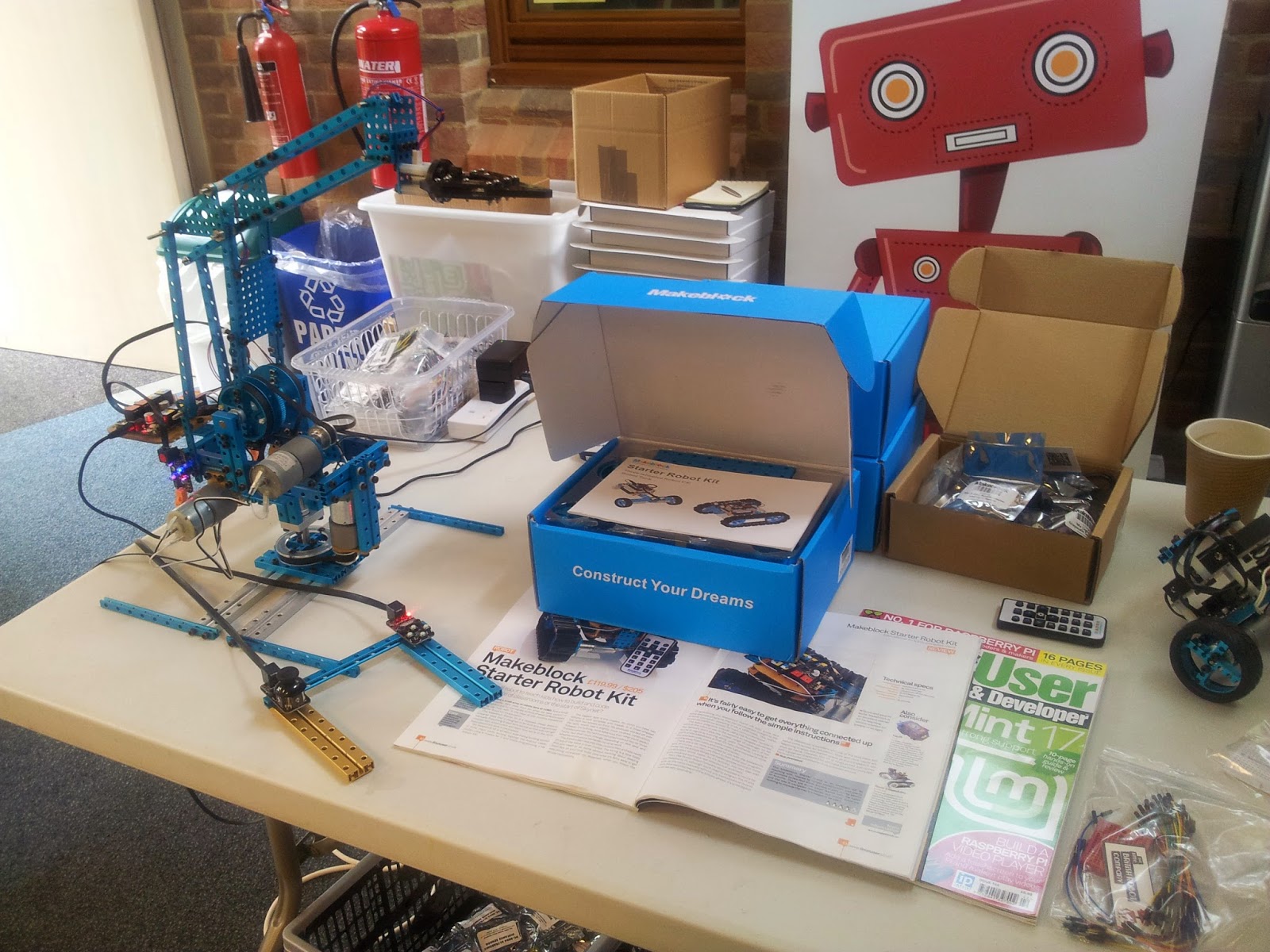 I brought a Pibow Coupé  case from The PiHut for my Raspberry Pi B + and couple of  Pi-Stop mini traffic lights from 4tronix.
Matt Timmons-Brown made this while he was on work experience at Raspberry Pi HQ 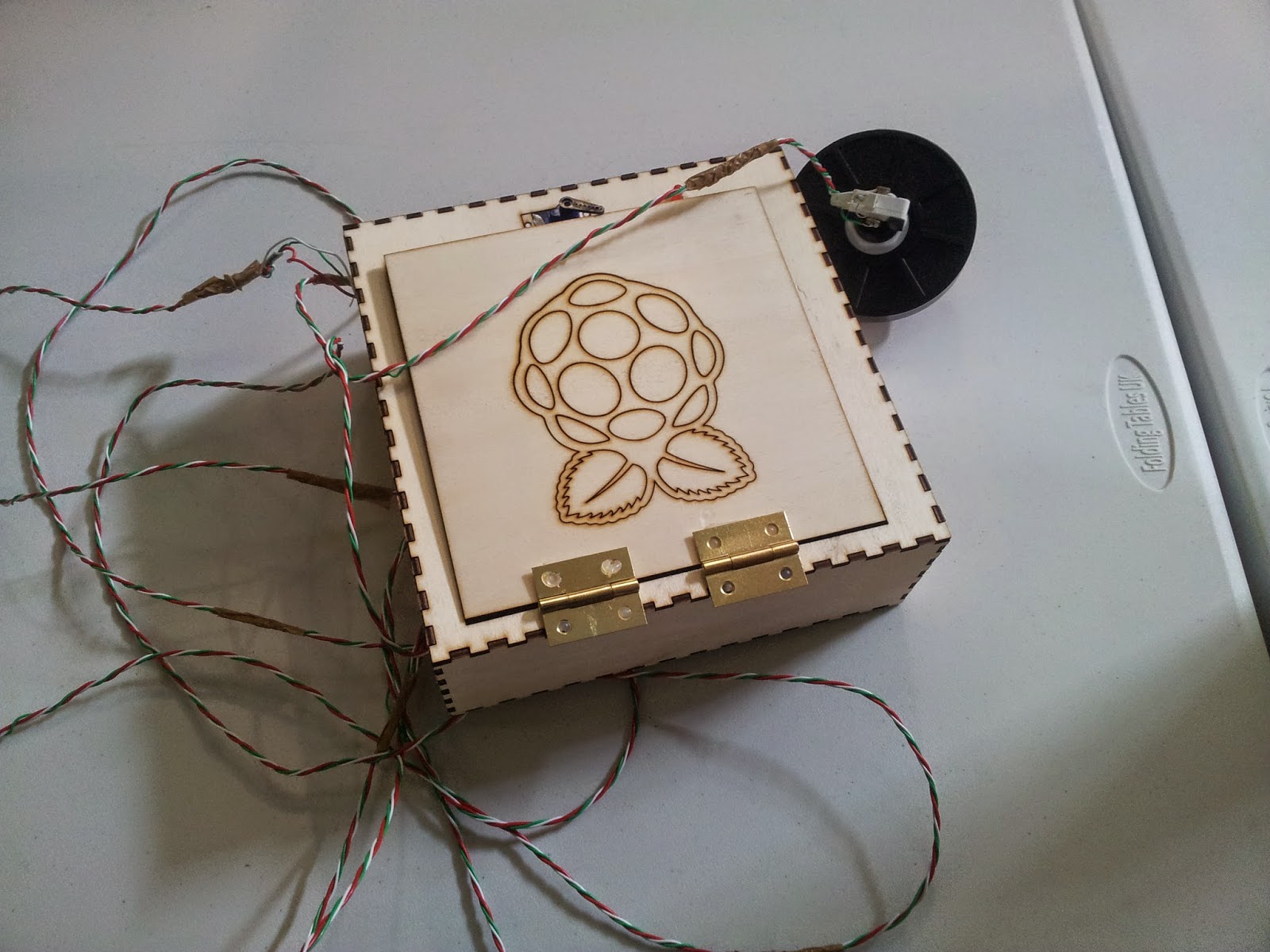 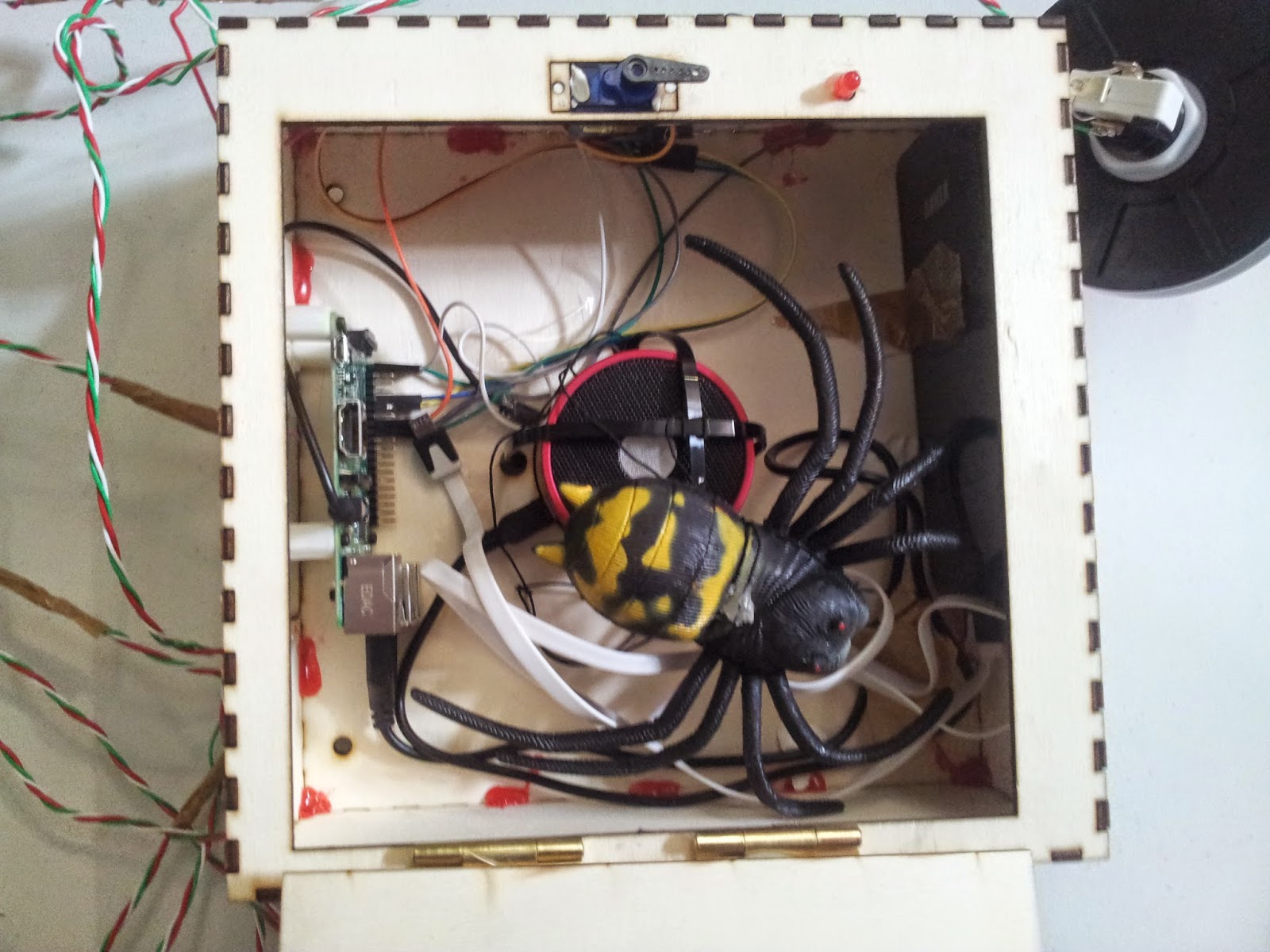 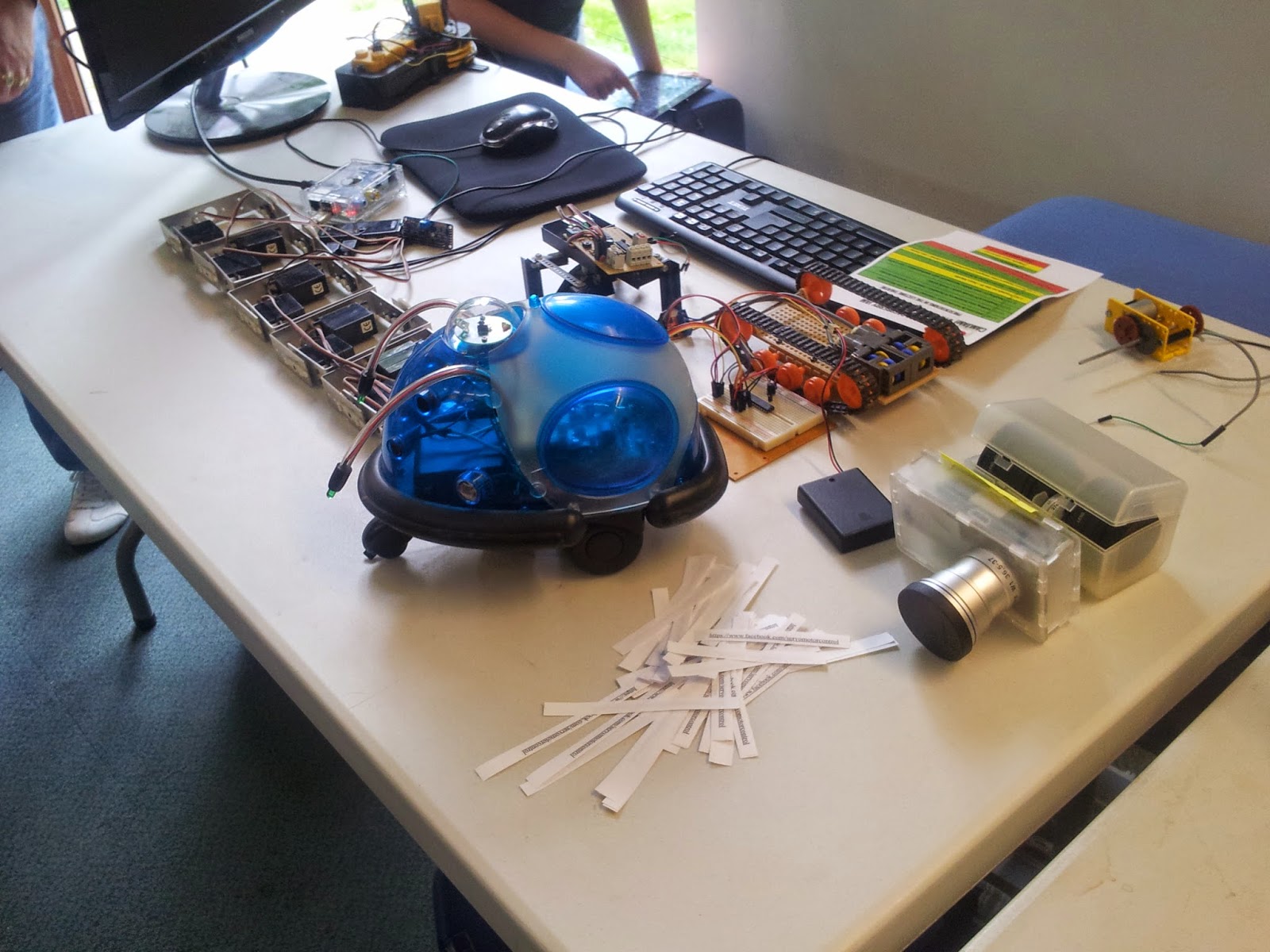 Talks
I attended a couple of the talks, Jim Darby showed us how to use Mathematic and how it can help with solving / checking Maths problems.


Next up was Gareth Davies from 4tronix talked about his Pi2Go project for the Raspberry Pi which was interesting and finally Jim Darby spoke about the dangers of buying items from China on eBay.
at September 06, 2014